In accordance with the Los Angeles County Health Officer's "Safer At Home" Public Health Order, we will be temporarily closed to help safeguard our patients.Learn More

When residents and visitors think about California, they associate many things with the Golden State; sunshine, crashing waves, snow-capped mountains and celebrities are a few things that immediately come to mind. Few people would mention tinnitus, but this ringing in the ears is more common in Burbank and other locales throughout the state than you think! 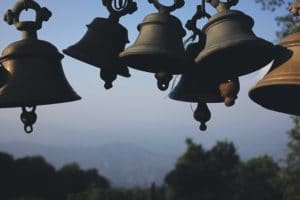 Tinnitus effects one out of every five Burbank residents, making it one of the most commonly reported health complaints. It isn’t just a California problem; about 20 percent of the U.S. population experiences it to some degree. To understand what tinnitus is, you should first know what it isn’t: tinnitus isn’t a medical condition but is instead classified as a symptom – the result of another underlying condition or factor.

There are many causes of tinnitus in Burbank. They include:

Tinnitus is unique to each individual. For some people it is nothing more than an occasional nuisance, while others find it so bothersome it affects many aspects of their everyday lives. It is most often described as a ringing in the ears, but people have also reported a roaring, whooshing, buzzing, hissing, clicking or whistling sound. Its negative effects include anxiety, stress, depression, fatigue and irritability.

How is Tinnitus Treated?

There is no cure for tinnitus, but this doesn’t mean people experiencing it in Burbank have no chance of finding relief. Audiologists recommend a number of strategies for managing tinnitus in order to minimize its impact on your daily life.

Masking techniques such as white noise therapy and tinnitus retraining therapy seem to help people find the most relief. They work by distracting your brain from the ringing in your ears with other sounds – rain, ocean waves and patterned musical notes are common. Many folks simply turn on an air-conditioner or fan to achieve the same effect.

Your Burbank audiologist might also recommend making changes to your diet or lifestyle. In some cases, reducing or eliminating things such as sodium, alcohol and tobacco can lead to a decrease in symptoms. Others swear by natural remedies like gingko-biloba or alternative therapies such as acupuncture, but evidence of their effectiveness is mostly anecdotal. If symptoms are believed to be caused by medications, your doctor may prescribe a different drug to see if that makes a difference.

The bottom line is this: when it comes to tinnitus, you are not alone. Contact an audiologist in Burbank today to learn how to quiet the distraction.